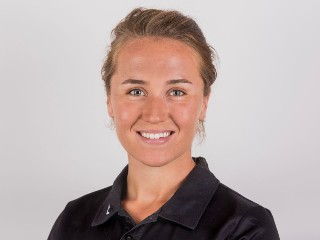 Ella Greenslade grew up on a farm in Canterbury and started rowing at St Margaret’s College in Christchurch in 2012.

Following this success Ella came away with a silver medal as part of the women's eight at the 2020 Tokyo Olympics.

Off the water Ella has studied art history at Otago University and is currently studying art.