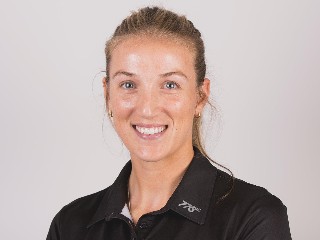 Phoebe Spoors started rowing at Christchurch Girls’ High School and Canterbury Rowing Club in 2007 at the age of 13.

After finishing school in 2011 she moved to Avon Rowing Club for a season before joining Southern Rowing Performance Centre for the 2012/13 summer. Phoebe then moved to the University of Washington in Seattle to join her sister Grace on the rowing team, and completed a degree in political science and communications while rowing full time. In her final year at Washington she helped the team to win the overall National Collegiate Athletic Association title for 2017.

Following this success Phoebe returned to New Zealand for the 2017/18 summer season with ambitions of wearing the silver fern. She impressed observers by winning the women’s premier coxless four at the 2018 Rocket Foods New Zealand Rowing Championships, and was selected for the elite women’s four for 2018. The crew finished 9th at the World Rowing Championships in Plovdiv, Bulgaria. Phoebe was in a new-look crew in 2019, and they finished the year in 11th place.