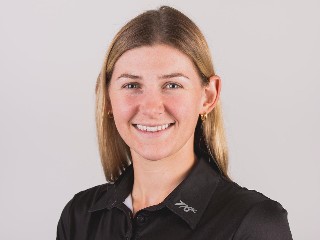 After being on the podium at World Rowing Cups II and III in 2018, Beth and the women’s eight were disappointed to miss out on the A final at the World Rowing Championships in Plovdiv, Bulgaria. However, another great domestic summer from Beth saw her back in the women’s eight for the 2019 season. Beth was able to help set the rhythm to win New Zealand’s maiden World Championship gold medal and the crew also took a win at Royal Henley Regatta.

Following this success Beth then went on to make her Olympic debut at the Tokyo Olympics and came away with a silver medal as part of the women's eight.

Beth is currently studying through the NZ Institute of Makeup Artistry and enjoys socialising with her flatmates and friends.